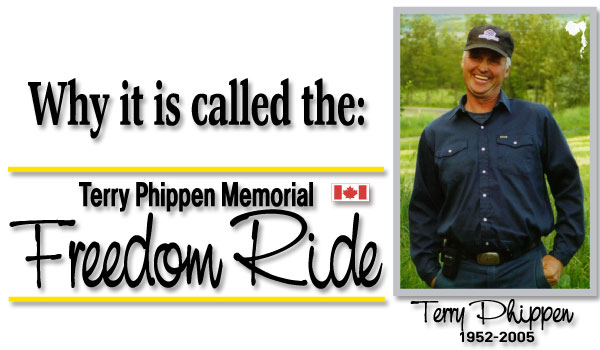 Terry was a proud supporter of the Bikers Reunion from the start.  He was always willing to help his younger brother Barry (the founder of the event) with the many tasks that needed to be done.  He rode in all of the Freedom Rides to experience the thrill and excitement of the event.  In 2005 he had been battling cancer for over a year, and made the decision to ride once again to the Temiskaming Hospital, in support of our local patients and staff.
To our amazement Terry was able to keep strength in his heart and body to complete the entire loop of the "Freedom Ride" (120kms).  It was his last ride and one of his greatest challenges due to his failing health.   He succumbed to cancer two months later. His courage will remain in our hearts forever. Terry's humour and love for life was with him until the end.  We will remember Terry forever through the ride. 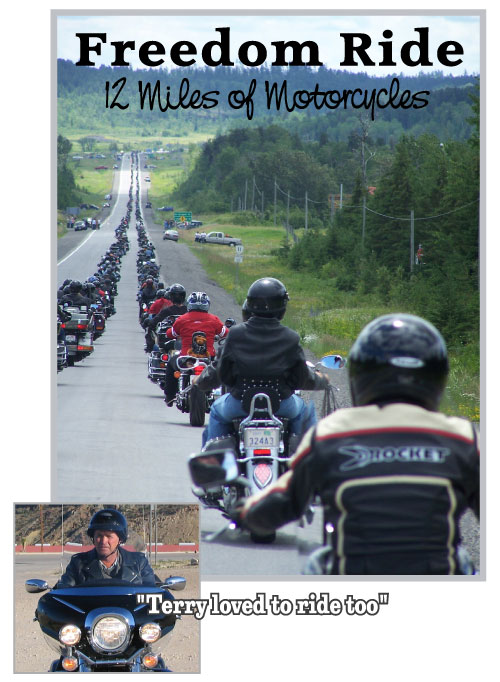 Thousands of people line the streets and country-side to welcome the bikers.  With "12 miles" of motorcycles in the Freedom Ride, it is one of the major events of the Bikers Reunion.  We take you on a 120 km (70 miles) scenic tour of the beautiful North Country and its towns, with a stop at the Temiskaming Hospital where bikers give out roses and care packages to every patient, nurse and cancer survivor.  All of the highways are blocked for us, so we stay together as a unit.  The ride takes approximately 3 hours to complete. 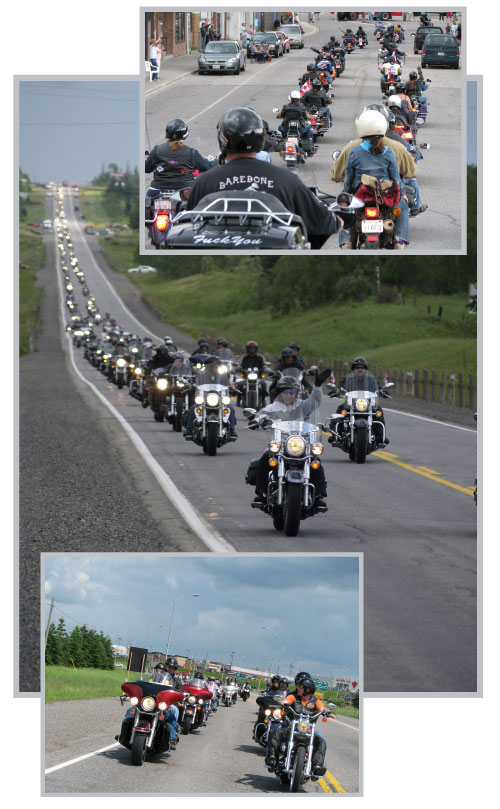 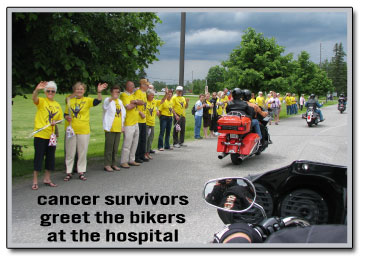 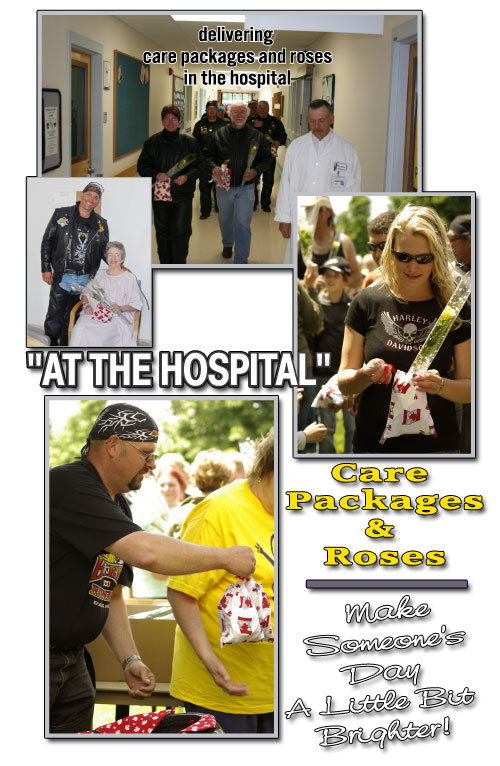